Cooks have been cooking on cast iron for over 2000 years…it was the cooking surface created just after pottery. Back then there were no special oils, no websites or YouTube videos, people just learned to look after them!

The main benefit of cooking with cast iron cookware is its longevity. When you buy a cast iron pan you can expect that it will outlive you. Something to pass down to your grandchildren! Basically there is nothing you can do to destroy it, even if you destroy the seasoning, you can simply re do it.

Cooking on cast iron also has the benefit of holding its heat really well. It might take a bit longer to heat up but once hot, it will hold its heat for a long time which makes it great for searing, frying and making stir-fries.

Some customers might be a bit hesitant to learn how to season a cast iron pan but there are so many reasons to season your pan. A seasoned iron pan is the only known non-toxic and forever-renewable non-stick. Seasoning is basically a ‘build your own’ natural nonstick. It also helps resist corrosion.

Seasoning involves a process whereby oil and fat is transformed by heat and bonds to the iron creating a hard, natural, non-toxic and non-stick surface. A well-seasoned pan is black in colour (even if a bit patchy in reality) and performs very well as a non-stick cooking surface that gets better with time, cooking and appropriate care.

At Marcia’s we sell a range of cast iron pans but our hero brand is Solidteknics. These are Australian made, have a cult following and we are proud to be stocking them. It’s not every day that you invest in “heirloom” cookware! 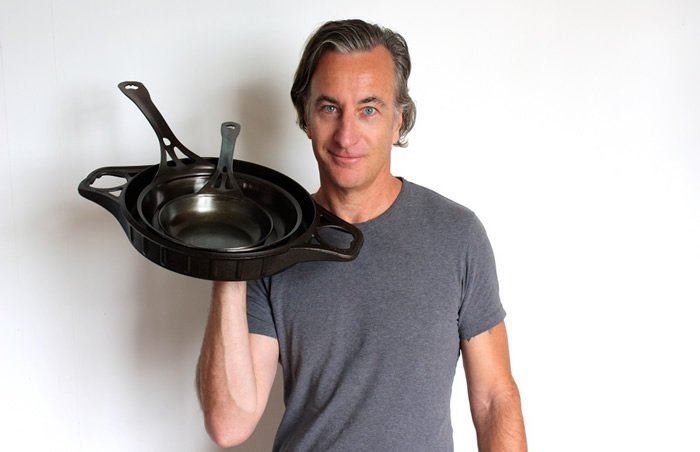